We started as the Blockchain Initiative Energy+ (BCI-E+) in 2017, when many projects focused on how to tap the potential of blockchain technology for the energy market. However, it quickly became apparent that blockchain can be a good option in some cases, but that many use cases can be better mapped with other trechnologies (see also „Decision tree for blockchain“). As early as 2019, we therefore decided to open up to other technologies. This culminated in 2022 in the new formation as the Technology Initiative Energy+ (TIE+) under the umbrella of edna Bundesverband Enerhiemarkt & Kommunikation e.V. (Federal Association for Energy Market & Communication).
Technologies and platforms such as Gaia X or the blockchain will have a strong impact in the energy market in the coming decades. Because with their help, many processes can be made more efficient and information can be made available to all market partners in a more transparent and easier to use way. This will significantly simplify the major challenge of the energy transition, namely the decentralization of the energy market. New technologies can thus accelerate the structural change of the energy market, streamline processes and fundamentally guarantee greater security as well as validity of data.

In addition to Gaia X and Blockchain, there are numerous other innovation technologies that will significantly change processes in the energy industry in the future. These include, for example, Internet of Things (IoT), Machine Learning (ML), New User Experience (UI/UX), Robotic Process Automation (RPA) or even next-generation databases.

TIE+ wants to investigate possible applications and suitable frameworks based on concrete business models. From an extensive list of topics, at first three task fields were defined:

At the time of TIE+’s foundation, there was no such interest-group in existence focused on the specifics of the energy industry. Therefore, this initiative was deliberately not founded as an edna project group, but as an independent platform in which also non-edna-members can and should participate.

Nor is membership of the Blockchain Energy Initiative dependent on a specific industry affiliation. TIE+ addresses companies from all areas of business, such as IT service providers, the traditional energy industry, start-ups or new energy providers. 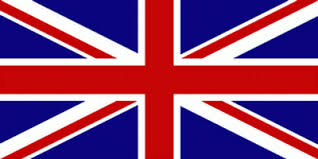 English speaking visitors of this site may forgive us for mostly presenting German language content. We are working on a more international appearance …  – So do keep visiting us!

This website uses cookies to improve your experience while you navigate through the website. Out of these, the cookies that are categorized as necessary are stored on your browser as they are essential for the working of basic functionalities of the website. We also use third-party cookies that help us analyze and understand how you use this website. These cookies will be stored in your browser only with your consent. You also have the option to opt-out of these cookies. But opting out of some of these cookies may affect your browsing experience.
Necessary immer aktiv
Necessary cookies are absolutely essential for the website to function properly. This category only includes cookies that ensures basic functionalities and security features of the website. These cookies do not store any personal information.
Non-necessary
Any cookies that may not be particularly necessary for the website to function and is used specifically to collect user personal data via analytics, ads, other embedded contents are termed as non-necessary cookies. It is mandatory to procure user consent prior to running these cookies on your website.
SPEICHERN & AKZEPTIEREN